The report outlines the difference between the revolving and non-revolving credit that has been offered in September. 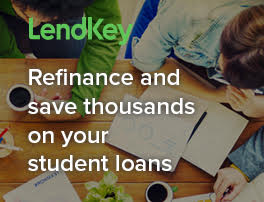 The non-revolving credit in the month of September drove the overall jump in debt with a leap of 5.8% to $1.66 trillion. This was while the revolving credit dropped by 1%. This is continuing the slide in the use of plastic that started back at the height of the financial crisis back in 2008. At the time credit card debt was as high as $976 billion but in over the past three years it has dropped to $789.6 billion.

Credit Cards
The major credit card companies have reported decreases in late payments and delinquencies. This has meant that they have put aside less capital for projected losses as a result of bad loans. Americans have been trying to lower their credit card balances and have refrained from spending unnecessarily during the economic hard times. This may mean that more are using debt consolidation as a result of looking at their financial situations.

The increase in overall credit, $7 billion, was higher than that forecast by in a Bloomberg survey of 32 economists. This took the overall credit to $2.45 trillion.

The increases coincided with the increase in car sales which has continued into October also. This saw the 12.1 million annual rate that was in August up to 13.04 million for the month of September. The non-revolving total also included an increase of $14.3 billion, which is an increase to $406.1 billion. This was credit issued by the federal government and mainly covers the student loans.

This report does not take into account the consumer credit that has been issued for loans secured on real estate. If that was included then the overall debt would be greater still.

Over the past 6 months has your debt increased or decreased?