Learn the Local Slang Language Before You Travel

Traveling to a new place allows us to experience different cultures and meet new people. Some of the true gifts of travel is that you can discover new things about yourself, gain a different perspective on your place in the world, and become more aware of how different and diverse people are. Travel can change you and make you a more complete person, if you allow yourself.

Of course, many people travel for employment reasons and the U.S. is a top employer of people from all over the world. One requirement to work in the United States is a Visa or a green card. The eb2 visa requirements stipulate that the applicant must have an advanced degree or have an “exceptional ability” in their field or profession.

Learning some common phrases in the local language will score major points with the locals and can make your trip memorable for all the right reasons. We've put together a fun list of some local slang terms you'll want to brush up on before heading to the airport. 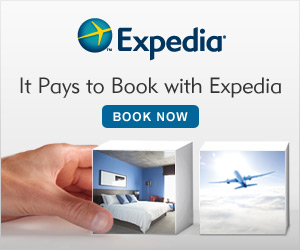 New York is the largest city in the US with over 8.4 million people and counting. It is one of the most unique city's in the world with a melting pot of cultures and history that make it like no other place. People come from all over the world to experience places like: Broadway, One World Observatory, The High Line, Zabar's, Central Park, The Brooklyn Bridge, Times Square… If you haven't been there you need to make plans, like now!

Australia is home to some of the most stunningly beautiful coastline in the world. From Kakadu National Park in the northern territory, The Great Ocean Road in Victoria, to the Great Barrier reef off the coast of Queensland, there are endless things to explore in Australia.  Without question, Sydney is a top destination for those visiting down under. Popular stops include: Bondi Beach, Sydney Opera House, and a climb on the Sydney Harbour Bridge. For those with a fear of heights, you can always enjoy a stroll around the Darling Heights entertainment district.

I grew up in the South Hills suburbs of Pittsburgh so I can vouch for some of these slang terms.  My parents were from Boston so my dialect was kind of a mixture of Bostonian and Pittsburghese if thats possible.  One thing I can say is Pittsburgh is a wonderful city of ethnic neighborhoods and some of the most friendly people you will ever meet. Some things you will want to do and see if you find yourself in The Burgh are: take the incline on Mount Washington, walk the Roberto Clemente Bridge and catch a Pirates game at PNC Park, have a picnic in Point State Park, visit Carnegie Museum and Phipps Conservatory, have a Primanti Brothers Sandwich in the Strip District.  Every time I go back I am reminded what a great city it is. Without further adieu, here is my top 5 list of Pittsburgh Slang Terms.

LA is the second largest city in the US behind New York and it has over 3.9 million people. That's a lot of people!  LA County has over 10 million people living within its borders. Known for it's beautiful beaches, movie stars, and not so beautiful traffic and smog, Los Angeles is one of the top travel destinations for good reason. There is so much to do and see in Southern California yet many travelers extend their stay to explore other destinations such as Napa Valley, Yosemite, Big Sur, Monterey/Carmel, and San Fransisco.  Los Angeles prides itself in having a laid back and different kind of lifestyle. Did you also know they have some fairly unique slang terms?

London is estimated to have over 8.7 million residents which puts it just ahead of New York City.  Here are some interesting tidbits about London you may not know: Taxi Cab drivers have to memorize the names of every street and important building in London and pass a test before they are licensed. The Houses of Parliament have 1000 rooms, 100 staircases, eight bars and six restaurants. London has 1 million residents in 1811 and remained the largest city in the world until in 1957 it was overtaken by Tokyo. I've run out of fascinating facts so here are your top 5 London Slang Terms.